PowerLink is hosting a webinar with VBA to discuss the power of PowerLink Advisory Boards! Discover a way to become unstuck and feel more confident when making the decisions that will affect your business long-term. And all from the comfort of your desk!

Register Here to join us at Noon on March 22nd, 2018 for this free webinar.

Listen in as two local business owners, Katie Heldstab of Leona's Ice Cream Sandwiches and Glenn Yocca of US Film Crew, discuss valuable lessons they have learned thanks to the help of their PowerLink Advisory Boards. Jessica Turcotte, VP of Provider Relations and Marketing at VBA, will also be on hand to discuss her role as a PowerLink Advisor. Learn more about our speakers and moderators below.

Glenn Yocca of US Film Crew

Glenn Yocca, founder and president of U.S. Film Crew, is an expert in window film installations.  In 1993 after attaining a Bachelor’s of Science in Business Administration Glenn began his career in Pittsburgh, PA  in the window film industry, like many others, as an automotive window tint technician in his own business. With Glenn’s focus of providing exceptional service to his clients, while striving for perfection, his business has evolved into a national company, installing more than 20 million square feet of window film on some of the most prestigious projects in the industry.

Glenn’s passion has always been to provide quality service to his clients by efficiently applying his company’s expertise.  With a commitment to excellence, Glenn continues to be motivated by completing successful projects for his clients through superior execution, creative solutions and on time  implementation. U.S. Film Crew is truly an extension of who Glenn is, and he is as passionate as ever to deliver complete satisfaction on your window film project.

Leona’s makes small batch ice cream pints and sandwiches using local dairy and ingredients whenever possible. With the help of a natural enzyme, they make 100% lactose-free ice cream, with an obsession for sourcing vibrant flavors, the creamiest textures and the most interesting combinations.

Katie’s ice cream obsession started just about the time she developed severe lactose intolerance. Years of trying alternatives simply led to disappointment. Nothing was truly interesting or challenging like what was happening in the world of small batch ice cream and novelties.

When Christa and Katie received an ice cream maker as a wedding gift in 2011 something clicked. In quick succession Katie attended culinary school and the famous Penn State Ice Cream Short Course. With the tools and resources in hand, the couple started making delicious ice cream that every belly can enjoy.

Jessica’s biggest undertakings have been rebranding VBA, and building the credentialing and data integrity teams. In addition, Jessica has taken the Provider Relations department and expanded it from a team of two, to a team of eight. On a daily basis, she maintains operations of the Provider Relations and Marketing departments and helps VBA to develop new partnerships.

CEO of AllFacilities, Inc., (2002) Ms. Brattina founded and built three multi-million dollar businesses in her 30-year career as an entrepreneur. In 2015, Anita became chairman of PowerLink. She is also an author and lecturer on business growth, entrepreneurship, energy management, and business strategy. An Athena award recipient (Pittsburgh 2000), Anita was born and raised in Philadelphia and a graduate of Duquesne University.

Matt started at VBA in April 2015 with over 15 years of experience in the insurance industry. Matt received his Bachelor of Science in Business Management from Duquesne University. As the Vice President of Sales and Sales Support for VBA, Matt oversees the sales and sales support team and is responsible for new business generation, retention and growth. Matt developed and now teaches continuing education courses about the vision health industry. 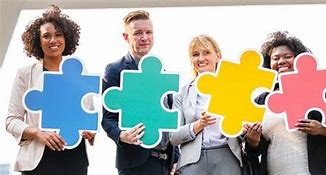 4 Lessons Learned from the May PowerLink Advisory Board Meetings of 2021 – “The Art of Hiring a Superstar (when you have just a little money)” and a Sneak Preview of the June Sessions….

“The only way to predict the future is to create it.”   -Peter Drucker This month, PowerLink worked with more than 185 small business owners who attended one of our 14 Community Advisory Boards, Custom Advisory Boards or Private one-on-one mentoring sessions over Zoom. The topic was one that everyone has been dealing with: hiring in the face of expansion, contraction, pivot.   All of our owners faced hiring dilemmas this month. So, we shared our Zoom stage with a veteran small business human resources expert, Brenda Dare, from Dare Enterprises. In 90 minutes of talking, writing, sharing, laughing, and listening this month, here were a few of the Lessons Learned from May 2021 among Powerlink Small Business Owners across the United States about “The Art of Hiring a Superstar when Funds are Limited, but Needs are Many.” “I have to hire another person to help me. Should I hire a “Mini-Me” or should I hire someone with skills that I don’t have?” The answer surprised me. Most o 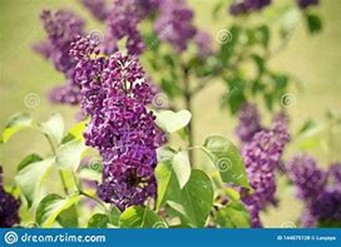 Blog: 4 Lessons Learned from the April PowerLink Advisory Board Meetings of 2021 – “The Art of Managing and Growing a Recurring Revenue Service” and a Sneak Preview of the May Sessions….

“ The only way to predict the future is to create it.”   -Peter Drucker     We’ve been waiting for Spring 2021 all year—for a view of business that is more like 2019—more normal…an easier business life. Not quite there, but there is a light at the end of the tunnel. This month, we worked with more than 185 small business owners who attended one of our 14 Community Advisory Boards or Private one-on-one mentoring sessions over Zoom. The topic was the reinforcing of our 2021 Revenue Goal—Using a Recurring Revenue Product or Service to Generate Revenue and our Top Three Goals (or “Rocks”) we need to achieve by the end of Q2.   April for PowerLink participants was asking ourselves the toughest questions of the year: (1) Am I clear about where I want to take my business? (2) Am I clear about the top three business challenges I have to overcome in the first three months of the year? (3) Am I clear about how I am delegating some of these tasks to others? (employees, contractors, sub-cont

Serving on Advisory Boards: A Path to Board Service... On Monday, September 25th we are teaming up with the Executive Women's Council (EWC) Women on Boards Initiative  to offer insight into a path to board service. PowerLink Advisory Boards match businesses with a customized team of advisors. Time is spent over a year looking at strategy, profitability, operations, capital, sales and other issues critical to success. Three esteemed women active with PowerLink will share their experience with PowerLink Advisory Boards and how it relates and prepares you for other board service. The event is 7:30am at the Rivers Club, join us by clicking HERE . Anita Brattina , President and CEO of PowerLink, is also CEO of AllFacilities, Inc., (2002) Ms. Brattina founded and built three multi-million dollar businesses in her 30-year career as an entrepreneur.  Her two active investments are: AllFacilities, Inc . : a research, marketing, and database management company that provides a